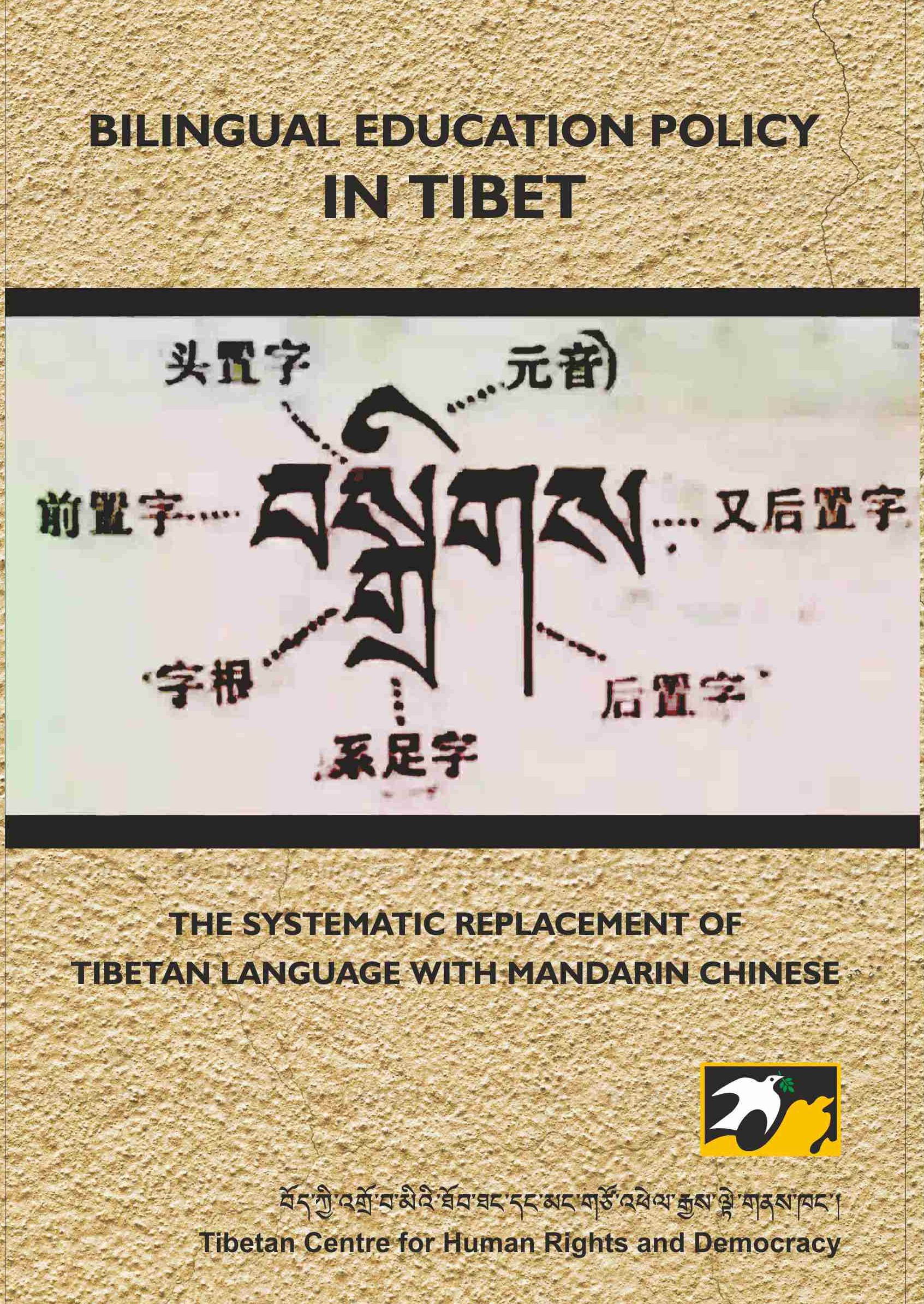 The report titled ‘Bilingual Education Policy in Tibet: The Systematic Replacement of Tibetan Language with Mandarin Chinese’ was released on 7 April 2017 at a panel discussion organised by Tibetan Centre for Human Rights & Democracy (TCHRD) and the Tibetan Writers Abroad PEN Centre.

The report takes an in-depth look at China’s language policy particularly in relation to mother languages of the so-called minority nationalities such as Tibetans and Uyghurs; analysis of International and Chinese legal provisions regarding language rights; and provides recommendations in implementing a genuine bilingual education policy that will give precedence to Tibetan as a medium of instruction in public school system and ensure its continued protection and promotion alongside the dominant Chinese language.

The current policy of promoting Mandarin Chinese as the common national language is driven by PRC’s assimilationist language policy. Part of PRC’s state-building project, this policy aims to integrate minority cultures and identities with the dominant Chinese majority by promising progress and opportunity in return for safeguarding “national unity and harmonious society”. A combination of policies and practices has enabled “cultural assimilation, language loss, identity disarray, and social displacement”, as evidenced by a series of Tibetan language protests in 2010.

The full text of the report can be downloaded here.