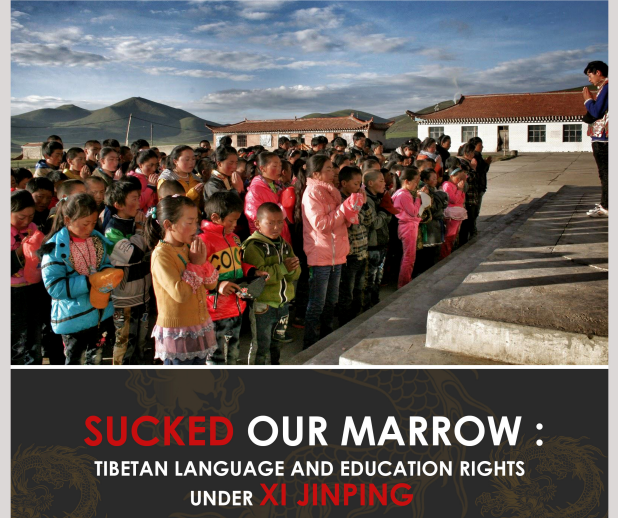 The Tibetan Centre for Human Rights and Democracy (TCHRD) and Asian Dignity Initiative (ADI) released a joint report, “Sucked Our Marrow: Tibetan Language and Education Rights under Xi Jinping”, at a launch event held at the Tibet Museum in Dharamshala.

END_OF_DOCUMENT_TOKEN_TO_BE_REPLACED 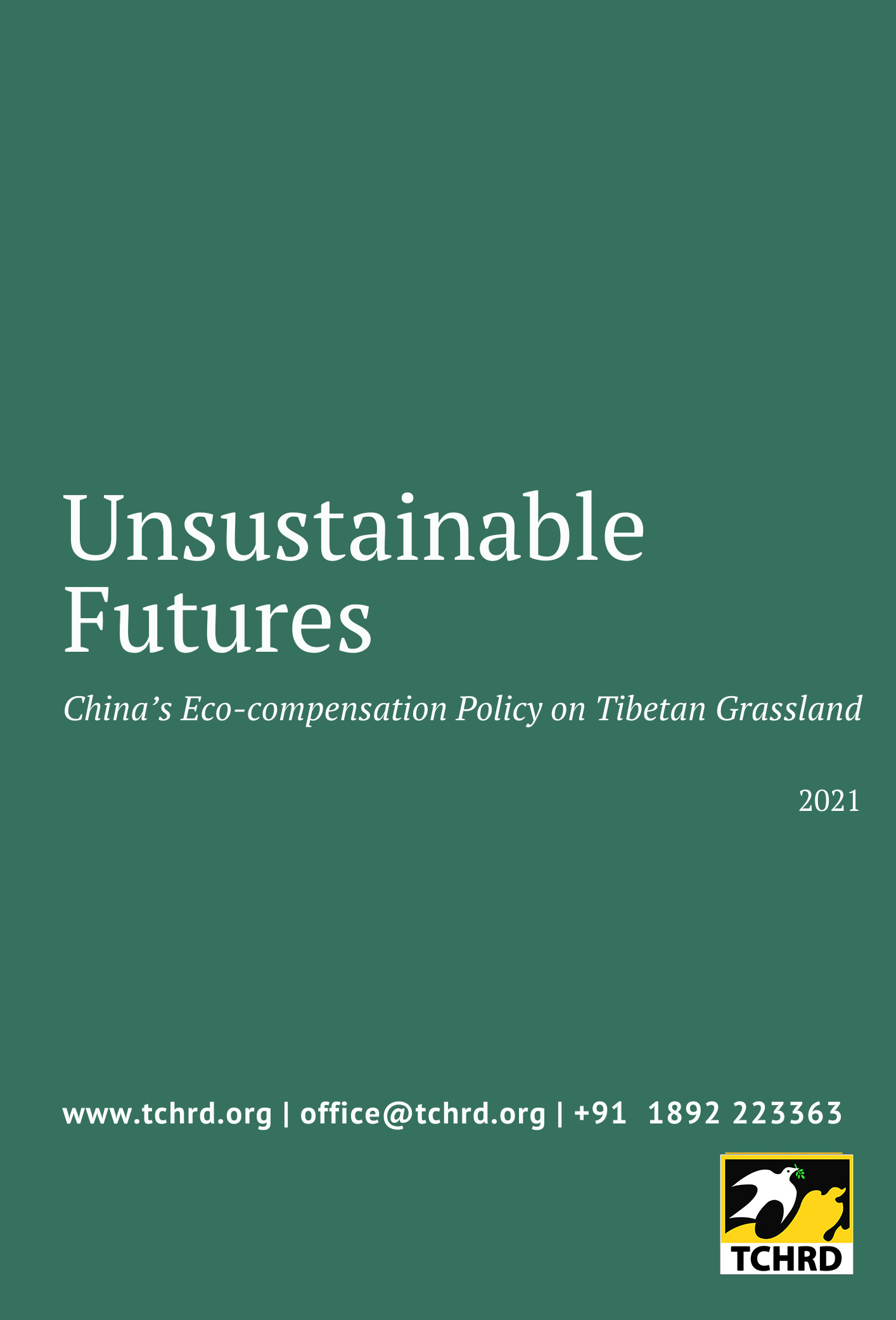 A new report released today by TCHRD provides evidence that using the Tibetan Plateau to offset China’s carbon footprints has not translated into eco-compensation for rural Tibetan landholders for their provisioning of ecosystem services. China distorts the concept of payment for ecosystem services by dislocating Tibetan nomadic communities, and forcibly removing them off their lands.

END_OF_DOCUMENT_TOKEN_TO_BE_REPLACED 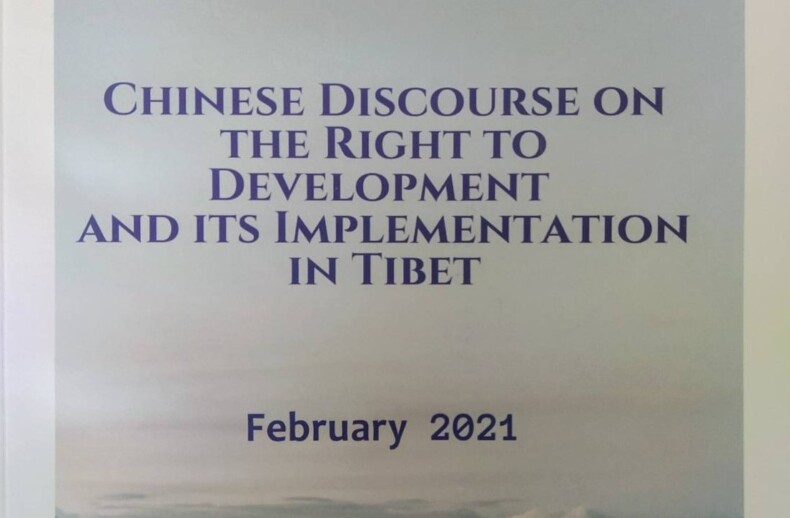 The Tibetan Centre for Human Rights and Democracy (TCHRD) released yesterday a major report, Distorted Development: Chinese Discourse on the Right to Development and its Implementation in Tibet, that highlights how Tibet offers…

END_OF_DOCUMENT_TOKEN_TO_BE_REPLACED 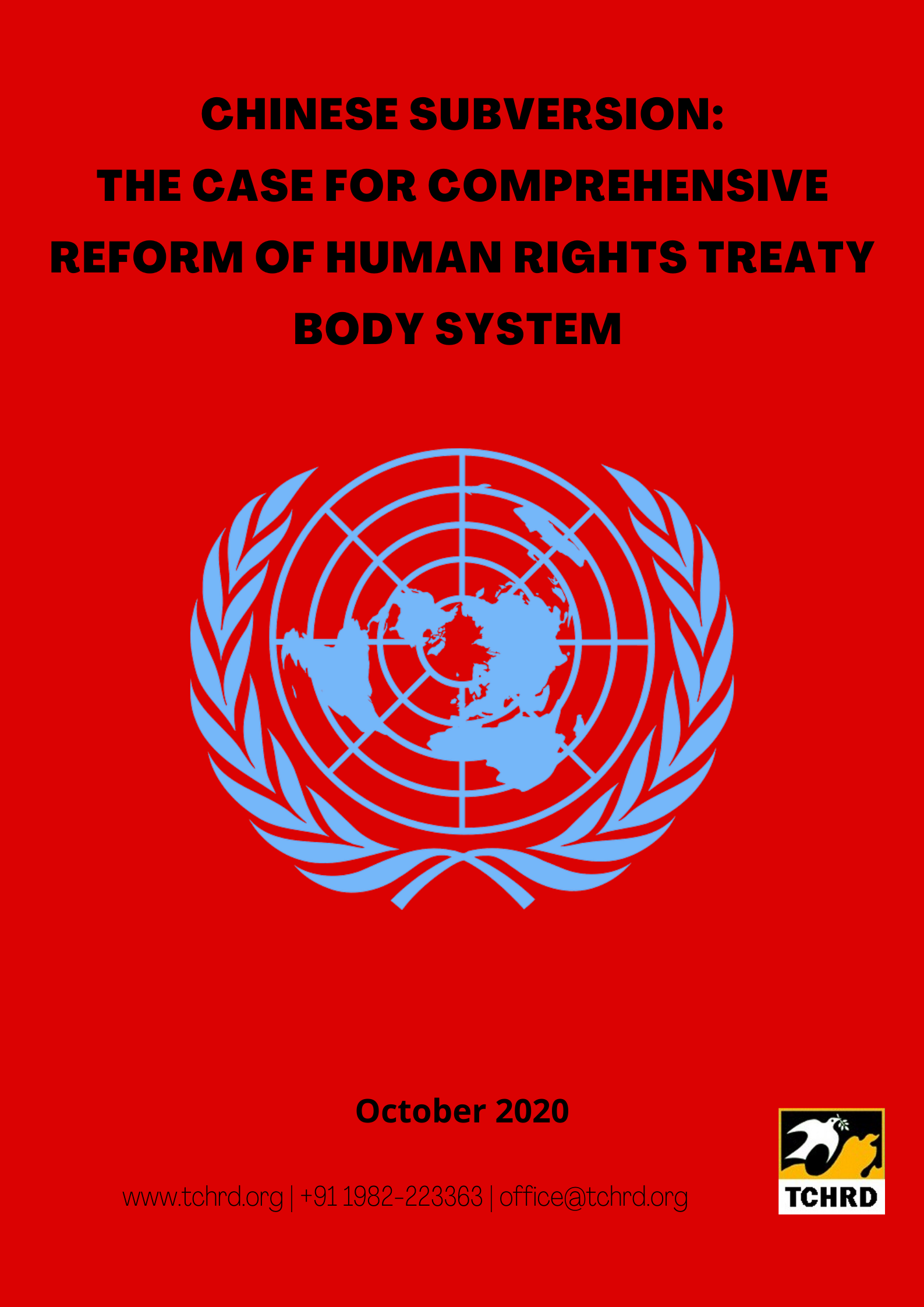 Today is the 75th anniversary of the United Nations when the UN charter went into effect in 1948. As we commemorate the UN Day to reaffirm and recognize our common challenges and belief…

END_OF_DOCUMENT_TOKEN_TO_BE_REPLACED 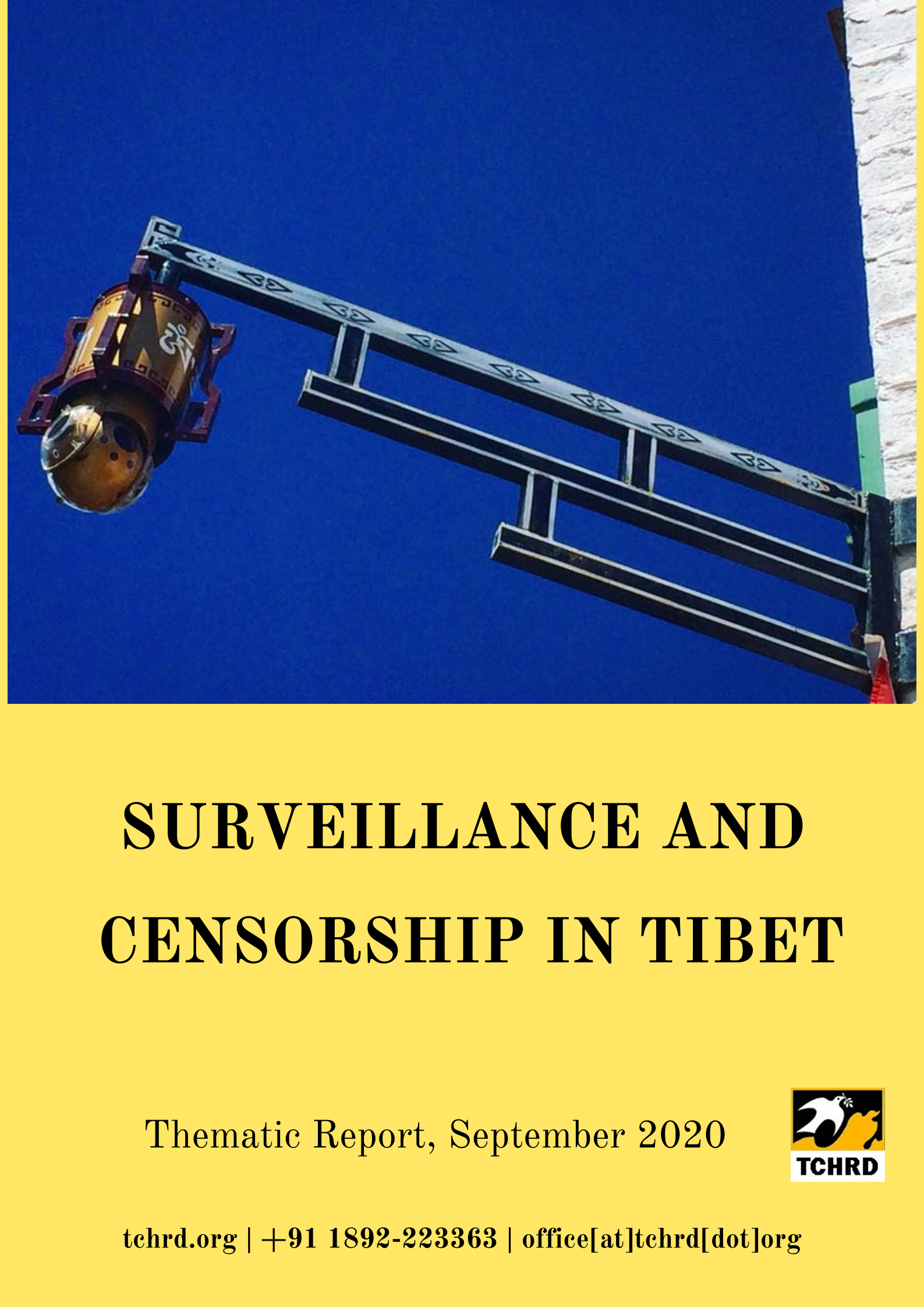 China’s widespread and intrusive practices of mass surveillance and censorship have served as a perfect foil to continue perpetrating human rights violations with impunity in Tibet. Since 2008 when Tibetans held widespread protests calling for freedom and return of His Holiness the Dalai Lama, Chinese authorities have tightened control to ensure that such an event will never happen again. For years now, the Chinese Communist Party (‘Party’) authorities have enforced a model of social control that has proved highly successful in silencing Tibet and encouraging the rapid forced assimilation of Tibetans.

END_OF_DOCUMENT_TOKEN_TO_BE_REPLACED 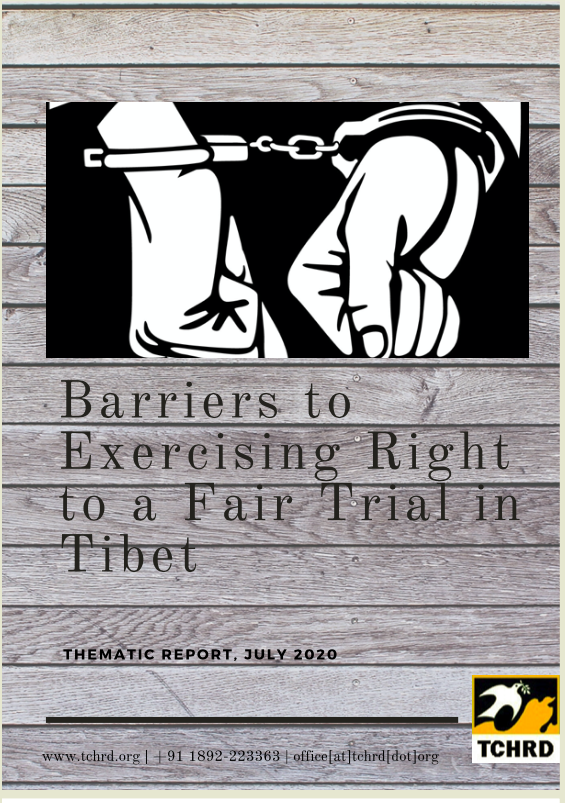 Special Report: Barriers to Exercising Right to a Fair Trial in Tibet

The government of the People’s Republic of China (PRC) claimed in a September 2019 white paper that it had “continuously strengthened the rule of law for human rights” by “uphold[ing] law-based governance, law-based…

END_OF_DOCUMENT_TOKEN_TO_BE_REPLACED 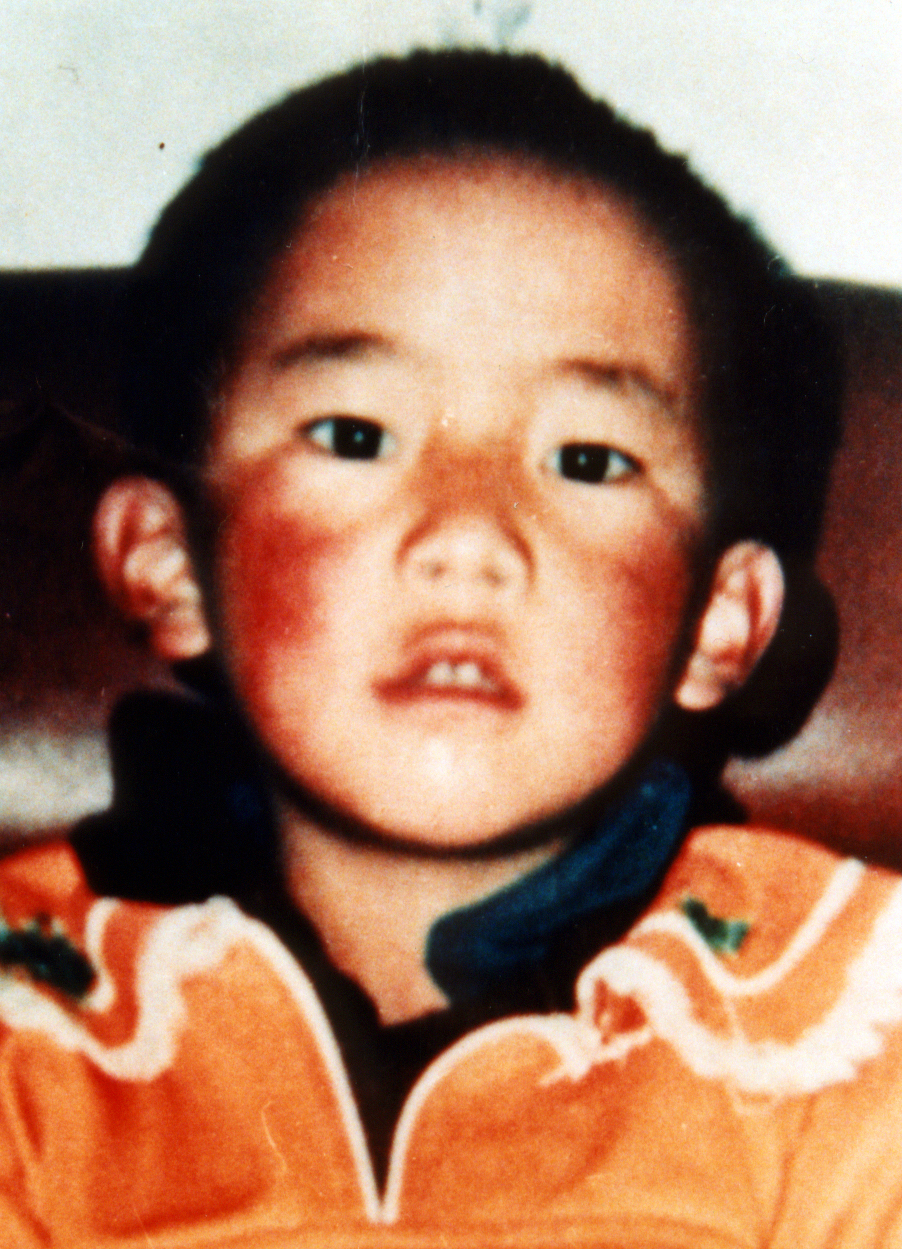 “If I die, I think two to three years, I think the Chinese may choose even one Dalai Lama. But Tibetans (will) not accept that. The Panchen Lama which they choose, some Chinese officials also they describe as ‘Fake Panchen Lama’.”

This report is an account of the largely unknown attempts made to ascertain the whereabouts, the well-being and the fate of Gedhun Choekyi Nyima, the Eleventh Panchen Lama of Tibet at the United Nations.[1] It attempts to provide a comprehensive narrative on the efforts by the international community over the past more than two decades to determine the fate of the Panchen Lama by particularly highlighting how the mechanisms of the UN human rights system have played a crucial role to help the Tibetans, followers of Tibetan Buddhism, supporters of Tibet and others by initiating interventions on the case directly with the Chinese authorities.

Gedhun Choekyi Nyima was recognised on 14 May 1995 by His Holiness the Dalai Lama during a ceremony in Dharamsala, India. His Holiness declared: “Today is the auspicious day when the Buddha first gave the Kalachakra teaching. The Kalachakra teachings have a special connection with the Panchen Lamas. On this occasion, which also happens to be the Vaisaki, it is with great joy that I am able to proclaim the reincarnation of Panchen Rinpoche. I have recognized Gedhun Choekyi Nyima, born on April 25, 1989, whose father is Kunchok Phuntsog, and mother Dechen Chodon, of Lhari district in Nagchu, Tibet, as the true reincarnation of Panchen Lama.”

END_OF_DOCUMENT_TOKEN_TO_BE_REPLACED 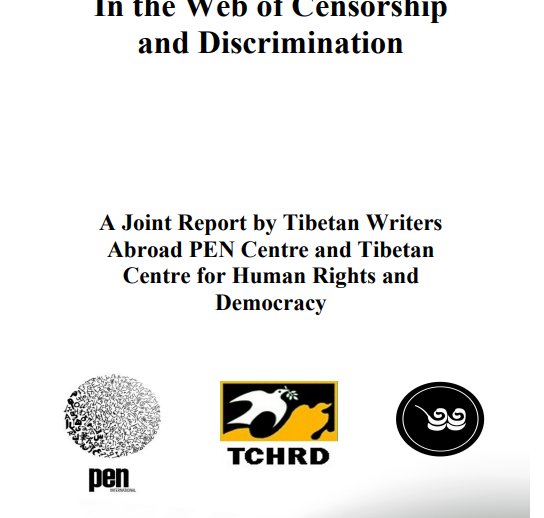 Tibetan Literature: In the Web of Censorship and Discrimination

This report reveals the general situation of Tibetan literature under Chinese occupation and the censorship and discriminatory policies and practices imposed on wide ranging areas of literary works in Tibet. This report is…

END_OF_DOCUMENT_TOKEN_TO_BE_REPLACED 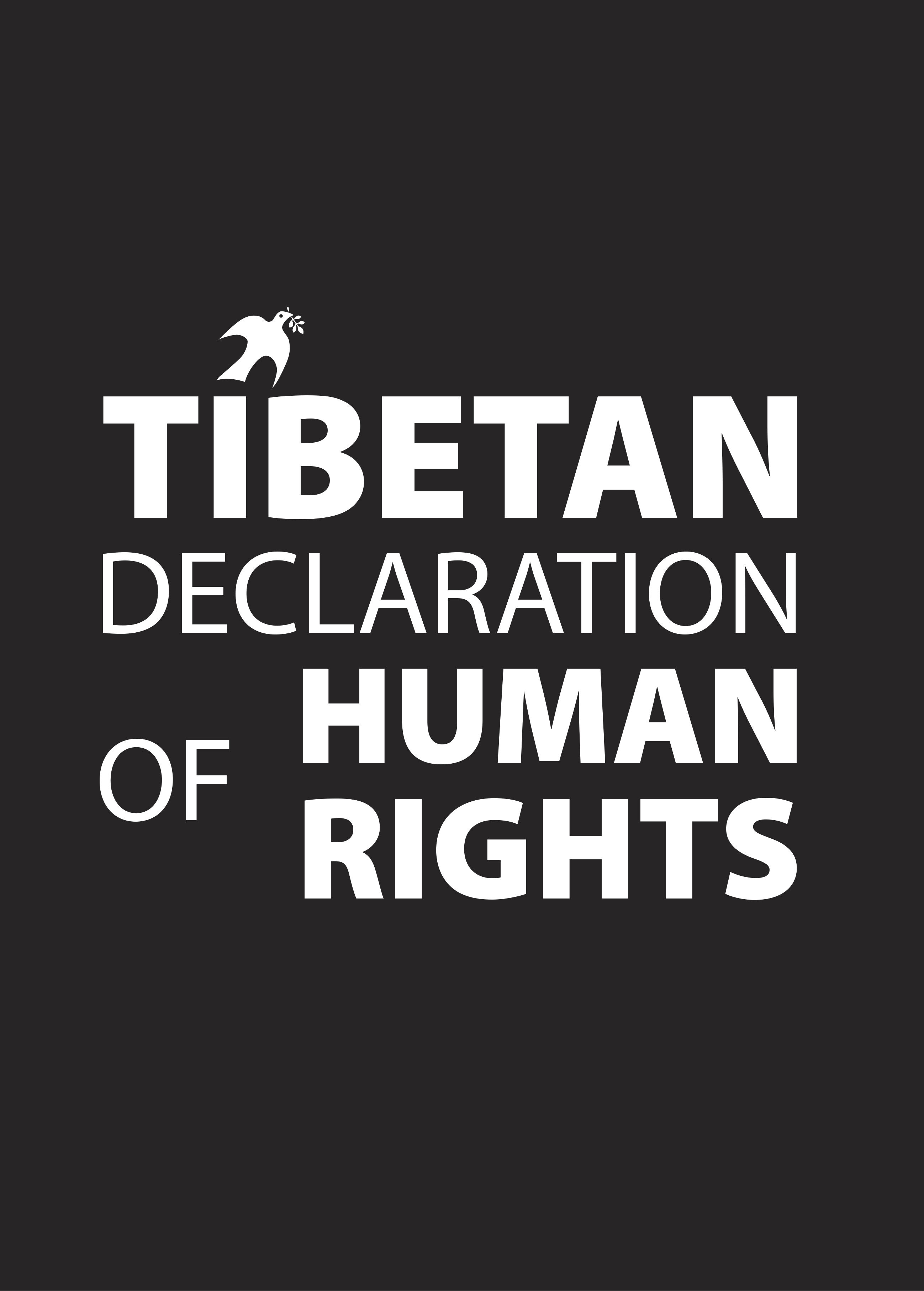 Today is the 70th anniversary of the adoption of the Universal Declaration of Human Rights (UDHR), a landmark document in the history of human rights that guarantees for all human beings the civil, economic, political and cultural rights that are universal, inalienable, indivisible, interdependent and interrelated.

END_OF_DOCUMENT_TOKEN_TO_BE_REPLACED 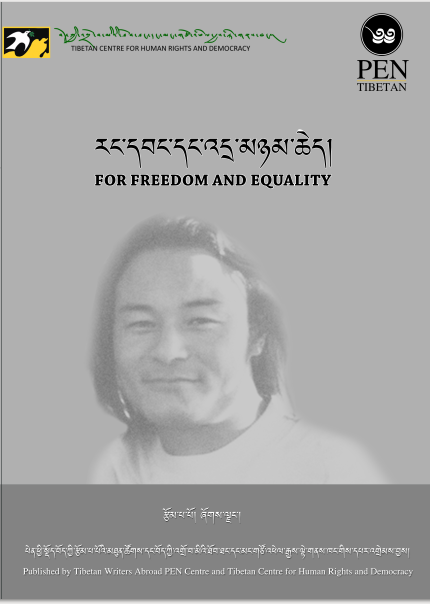 For Freedom and Equality

This bilingual book titled For Freedom and Equality is a collection of articles and poems written by imprisoned Tibetan writer Shokjang. In many of his writings, Shokjang had criticized, with reason and clarity,…

END_OF_DOCUMENT_TOKEN_TO_BE_REPLACED 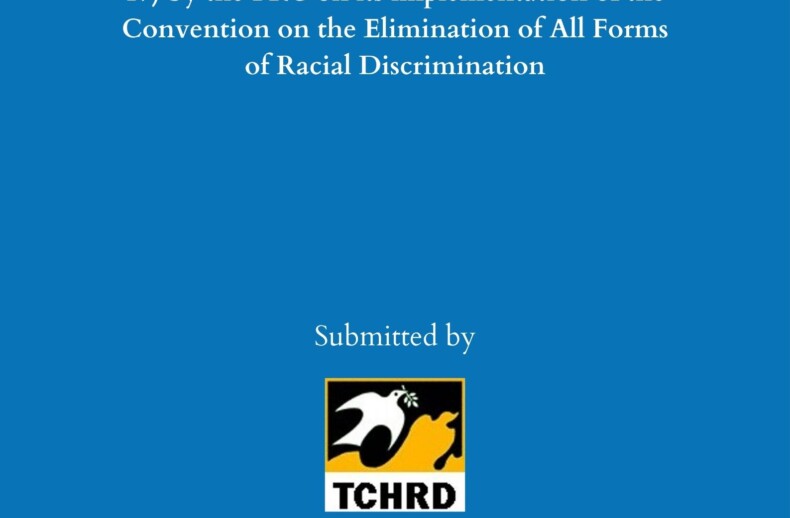