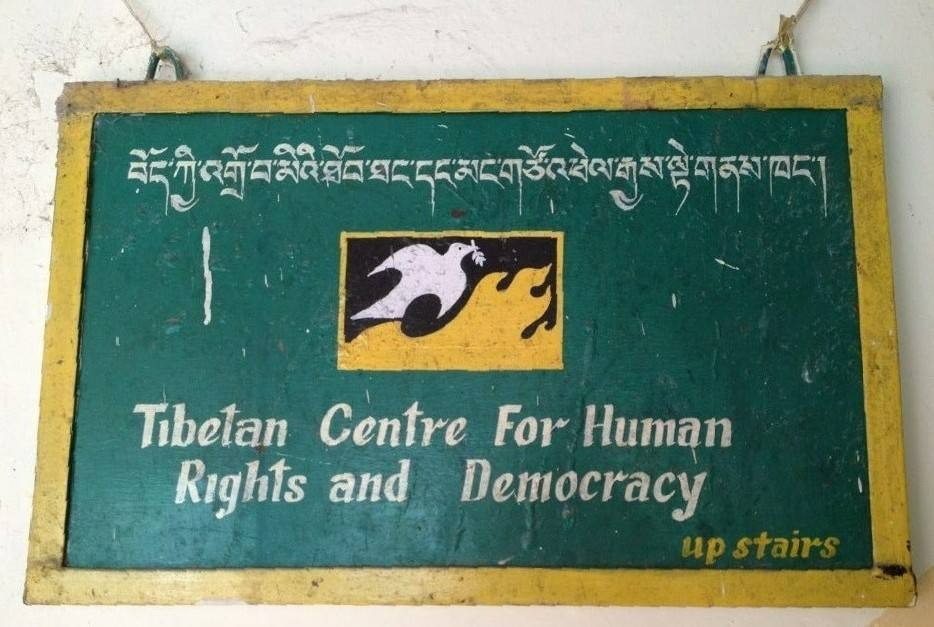 The Tibetan Centre for Human Rights and Democracy (TCHRD) is committed to advancing human rights and democracy in Tibet and the exiled Tibetan community by empowering Tibetan advocates and monitoring, documenting, and campaigning against human rights abuses.

We envision a future where every Tibetan can exercise human rights and democratic freedoms. 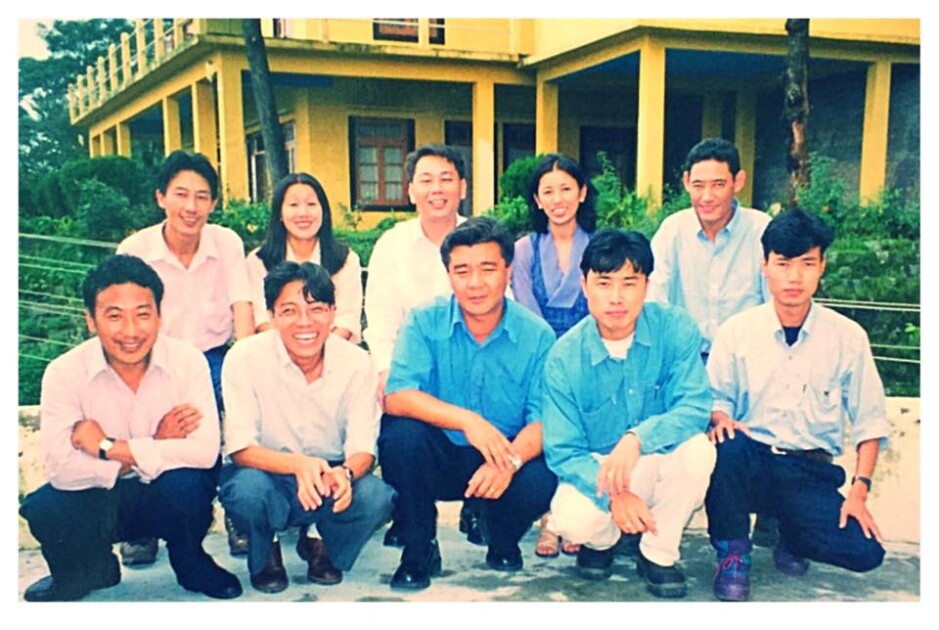 TCHRD is the first Tibetan non-governmental human rights organization established in exile. Founded in January 1996, it is based in Dharamshala in the northern Indian state of Himachal Pradesh and registered as an NGO under Section 2 of the Indian Societies Registration Act, 1860.

All permanent staff of TCHRD are Tibetans living in exile with the understanding, experience and skills necessary to provide accurate, up-to-date insights into life in occupied Tibet.

TCHRD logo features the image of a white dove rising out of flames. The dove and olive branch are the universal emblems of peace. The flames, drawn in traditional Tibetan style, represents the suffering of Tibetan people, as well as the devastating and unifying force of truth.

TCHRD has collaborated with many leading human rights organizations, individuals, groups, and universities across the world.

Rinchen Khando Choegyal was born in Kandze, eastern Tibet, and escaped to exile in 1959. Mrs. Choegyal received her B.A. degree at Loreto College in Darjeeling, India. She is a founding member of the Tibetan Women’s Association and served as its President from 1984 until her nomination to the Tibetan Cabinet in 1994. She is the Director of the Tibetan Nuns Project (founded under the Tibetan Women’s Association), which facilitates education and builds nunneries for nuns escaping Tibet. She has also served as the Minister of Education in the Central Tibetan Administration, a post in which she was responsible for overseeing the education of all Tibetan children living in exile in India and Nepal. She is married to the younger brother of His Holiness the Dalai Lama, Tenzin Choegyal, and is the mother of two children.

Mr. Thupten Lungrig was born in Amdo Rebkong, Tibet, in 1957. He attended CST Dalhousie. He obtained his Masters or ‘Acharya’ Degree from the Central Institute of Higher Tibetan Studies (CIHTS), Varanasi, India in 1981.

He has served the Tibetan Children’s Village (TCV) for 15 years in various capacities as a teacher at TCV Dharamshala from 1981-1992, as a Principal and Director of TCV Suja from 1991-1993.

He is a former Deputy Speaker (then termed as Vice-Chairman) during the 12th TPiE (then referred as ATPD). He was also elected as the Speaker of the 13th ATPD and served the office from June -September 2001, before electing to the 12th Kashag as a Kalon of Department of Religion and Culture and Department of Education, and the joint portfolio of the Departments of Health.

He was also appointed as the Kalon of the Department of Education during 13th Kashag from 2006-2011. Mr. Lungrig was an earlier member of the 12th (directly nominated by His Holiness the Dalai Lama), 13th and 15th TPiE.

Mr Lobsang Gyatso Sither was born on 22nd June 1982 in Dharamsala, India. He completed his school education from Upper Tibetan Children’s Village (UTCV) and graduated with B. SC. in Computer Science from Loyola College, Chennai as a Gold Medallist. Mr. Gyatso did his Software Engineering from London Metropolitan University, UK.

After coming back to Dharamsala, he has worked with global researchers on cyber security issues faced by the Tibetan community. Mr. Gyatso has been working at Tibet Action Institute and currently he is the Digital Security Program Director. He was named as one of the 32 innovators building a better future as part of the WIRED 2021 Smart list and was on the Advisory Board of Citizen Clinic, a public-interest cybersecurity clinic at the University of California-Berkeley from 2018-2020. For more than 10 years, he has worked closely with Tibetans communicating Tibetans inside Tibet on digital security, censorship, and surveillance in Tibet and was interviewed as an expert and other internet freedom-related work by Tibetan as well as International Media. Mr. Sithar is a member of the 17th Tibetan Parliament-in-Exile from the Utsang province.

Phunrab Lobsang Dhargyal was born in Lhasa in 1937. He worked for Drakyap Rinpoche, the 14th reincarnation of Ka-dam Geshe Potowa Rinchen, and escaped with him to India in 1959. He studied English in Kalimpong while teaching Tibetan to other students. He accompanied Drakyab Rinpoche to Lugsum Samdupling camp in Bylakuppe in 1963, where he led education programs for adults in the centre for the next six years. During that time, he became a board member of the Federation of the Tibetan Cooperatives India Ltd and later served as its secretary. In 1969, Mr. Dhargyal was elected to the 4th Commission of Tibetan People’s Deputies (CTPD) – the then name for the Tibetan Parliament in exile, in the first three terms as the representative of U-Tsang Province. By the 6th CTPD,  he was elected as the Vice-Chairman. In 1979, he served as a member of the first fact-finding delegation to Tibet. In the following decades, he served in various positions for the Tibetan government in exile, including secretary, cabinet minister, and chief justice commissioner. He retired in 2002 after serving ten years as the chief justice commissioner.

Mr. Tempa Tsering served the Central Tibetan Administration in various capacities for over four decades. From 1974-80, he was the deputy secretary at the Department of Information and International Relations of Central Tibetan Administration; from 1981-85, he worked as deputy secretary (and later as additional secretary) at the Office of His Holiness the Dalai Lama; from 1988-90 as the additional secretary at the Department of Home; as chief coordinator in Bangalore at the Chief Representative’s Office for the five settlements in the state of Karnataka; and from 1991-99 as the secretary of the Department of Information and International Relations.

Youdon Aukatsang earned an MA in International Law and Diplomacy from the Fletcher School of Law & Diplomacy, Tufts University, and an MA in International Politics from Jawaharlal Nehru University; after a BA from Lady Shri Ram College, Delhi University. Mrs. Aukatsang worked as the Senior Program Officer at TCHRD for four years from 2000. She was also a member of the executive committee of the Tibetan Women’s Association (TWA) and worked as a Research Associate at the TWA from 1994 to 1996. For more than 20 years, she has served the Tibetan community in various capacities; she was previously elected to the 14th, 15th, and 16th Tibetan Parliament in Exile and was the founding director of Empowering the Vision Project (ENVISION). She is currently ENVISION’s managing trustee and is a member of the 17th Tibetan Parliament-in-Exile from Dhotoe province.

Tsering Tsomo has more than two decades of experience working in research and media at the Tibetan Women’s Association, the New Delhi Bureau of His Holiness the Dalai Lama, and the Department of Information and International Relations of the Central Tibetan Administration, as well as the Tibetan Review journal. She was educated at Tibetan Homes School (Mussoorie), Delhi University, and New York University. She is also a founding member of Network for Asia Pacific Youth, and her writings have appeared in various Tibetan exile and international publications. She joined as Executive Director of TCHRD in December 2011. 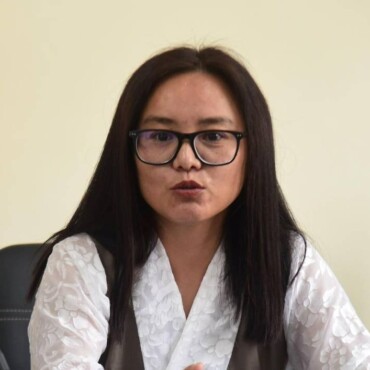 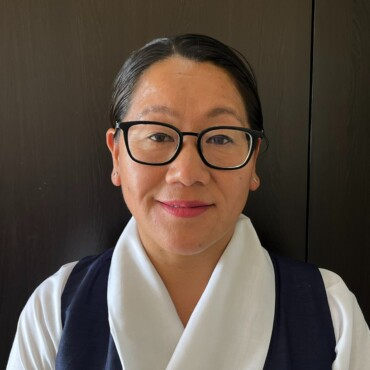 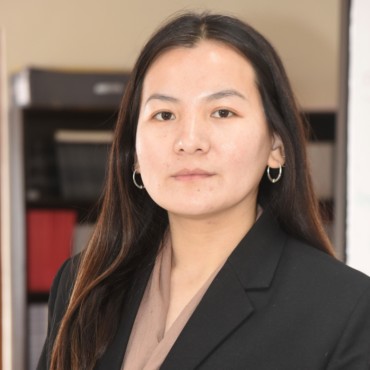 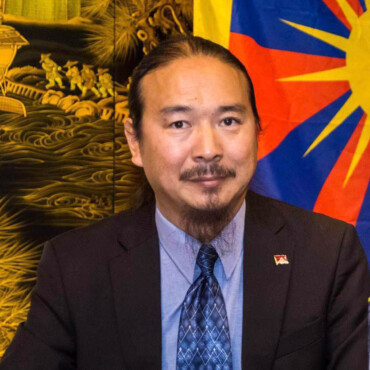 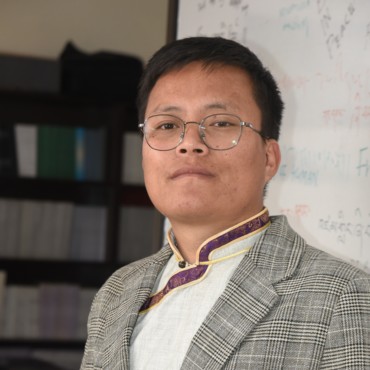 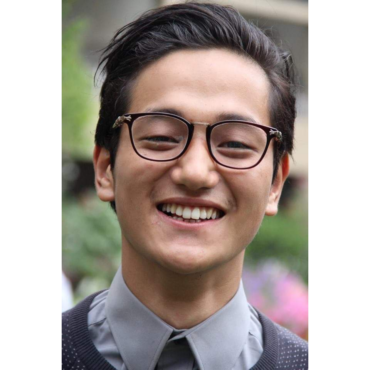 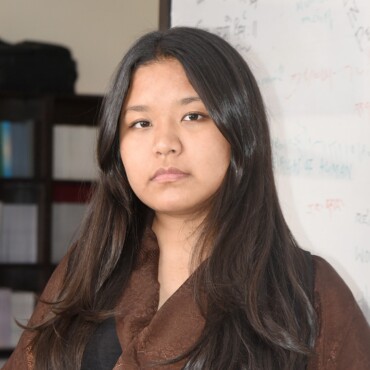 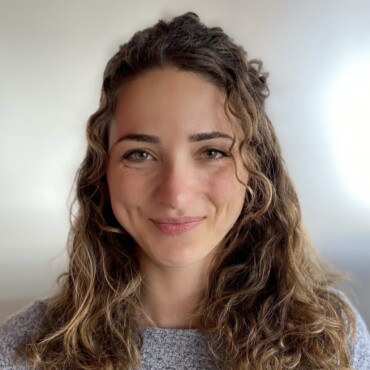