TCHRD: Campaign against Gender-Based Violence is a phenomenal success 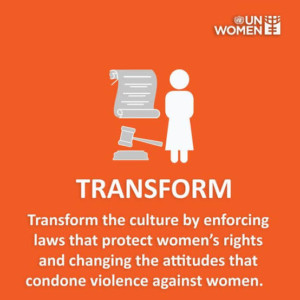 The Tibetan Centre for Human Rights and Democracy (TCHRD) is pleased to announce that the campaign against Gender-Based Violence (GBV) has been overwhelmingly successful. The opening ceremony on 25 November was well attended by the exile Tibetan community in India and others, and everyone was eager to listen and participate. Our guest speakers discussed statistics and stories that were poignant and informative with a highly engaged audience. Our digital campaign, continuing until 10 December, has been an even greater success. The videos of GBV survivors sharing their personal stories went viral with almost 30,000 public engagements with our posts in less than one week.

But progress does not come easily. Just like #MeToo and other organised movements to end GBV, representatives of our movement have faced accusations and (some shockingly cruel) criticisms. Online messages and comments accuse the women who shared their stories of damaging the reputations of their tormentors. Many excuse the behaviour of the abusers by focusing on the potential repercussions of being ousted as a sexual harasser.

As with any major campaign, backlash is an indicator of success. The campaign has brought light to an incapacitating culture of victim-blaming, shaming and denial. One goal for this campaign was to hold a mirror to our community, inviting collective evaluation of our progress around GBV. We allowed everyone a space to share their opinions by attending our event or commenting on our digital media. We wanted to give that space to everyone, not just those who align with our campaign. As a result, in working to de-stigmatise speaking-out against abusers, we discovered that many continue to ignore the harmful effects of gender-based violence.

Our campaign aims to increase respect for all persons, which includes respecting the autonomy and self-determination of campaign participants. We are careful to protect the welfare of people involved, assuring that the benefits of speaking up outweigh the risks. Even just discussing GBV can put survivors and their advocates at risk, as perpetrators or enablers may feel threatened and react with more violence. Therefore, campaign participants must be free to decide to take part in a campaign activity and to cancel or interrupt their operation if they feel unsafe. We removed one of our campaign videos out of respect for one of the brave survivors of GBV who chose to speak out. A female relative of that survivor was uncomfortable with the attention the video attracted, so the subject of the video asked us to take it offline.

We have learned a lot from this campaign, particularly surrounding the importance of continued support for those who are brave enough to speak out against violence. Raising awareness and making GBV a public issue is essential to ending this abuse. But our work is not over after that. Breaking the silence is only a first, albeit essential, step towards ending GBV. We also have to stand in solidarity with victims and connect them with other survivors and people who believe and support them. We have to help them heal so that they can in turn empower others. Only through continuous effort can we build an understanding that GBV is not a private matter, a sacred tradition, or an ordinary burden that individual women and girls, or men and boys, must bear. To paraphrase Holocaust survivor Elie Wiesel, indifference only aids the tormentor. This movement aims to take a stand — a necessary stand — for remaining silent in the face of oppression is not a viable option.