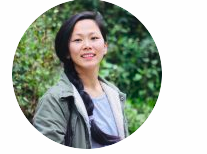 Our dissenting hero of the week, Tenzin Sonam, quotes Martin Luther King Jr. to underscore the importance of exercising the fundamental right to protest to create a just and humane society.

Tenzin Sonam is a Tibetan human rights activist and director of TCHRD-North America. She studied human rights and gender law at American University Washington College, following which she worked as a human rights officer at the EU, UN and Human Rights Desk at Department of Information and International Relations of Central Tibetan Administration.

As a toddler growing up in a Tibetan refugee community in India’s remote Himalayan corner in Ladakh, Tenzin used to piggyback her parents and join protests commemorating major Tibetan political anniversaries on 10 and 12 March.

To be able to protest and express one’s views fearlessly is a right she treasures. “I remember being told that I was very lucky and while growing up I realised I am because I have something that hundreds and thousands of people across the globe including people in my country Tibet do not have, that is, freedom of speech and expression including the right to protest.”