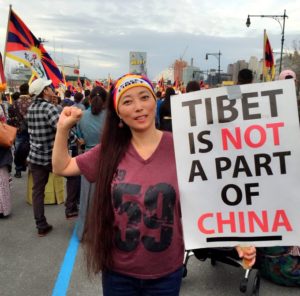 Our dissenting hero of this week, Rose Tang, is a Chinese born writer, artist and activist based in Brooklyn, US. Tang’s activism stems from her survival from the 1989 Tiananmen Massacre.

“We are on the right side of history. We will bring the tyrants and the cronies to justice. We will win but if we don’t speak up, if we don’t fight, we cannot expect others to fight for us. We have to fight together. The victory is ours.”