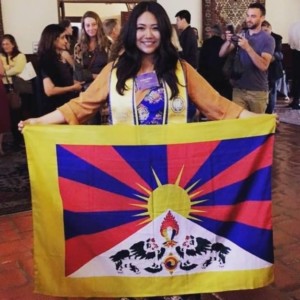 Our dissenting hero of the week, Tenzing Dolma, was just 13 when she joined hundreds and thousands of Tibetans and supporters from around the globe to protest the 2008 Beijing Olympics and realized the true power of protesting.

“I protest because I believe that a free Tibet is possible,” said Dolma, who is a former co-president and board member of the Students for a Free Tibet – West.

“For as long as I can remember, I have marched alongside my Tibetan brothers and sisters hand in hand calling out for justice, freedom and human rights in Tibet.

“With so much senseless violence and oppression occurring in communities all around the world from the east to the west, it is imperative that now more than ever, we must stand united and protest not just because it is our moral obligation to those who came before us and those after us but it is also our duty as citizens of this world.”