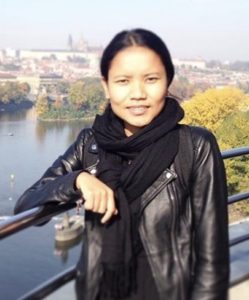 Dawa Dolma, a university student and Tibet activist, is our dissenting hero for this week, in a campaign that celebrates the steadfast resistance and inspiring defiance shown by Tibetan activists and human rights defenders in the face of oppression and injustices.

Dawa Dolma was born and raised in Ladakh, India. She is a political science graduate and her areas of focus include identity politics, climate change, and rise of populist movements around the world. She works as an independent researcher and freelance journalist in Leh.

As a college student, she was detained for participating in protest marches for raising her voice “against the [Chinese Communist Party’s] illegal invasion of Tibet, cultural and ethnic genocide of Tibetans inside Tibet and [other] non-Han ethnic and religious groups for more than 60 years under CCP’s rule”.

16 Days of Activism against gender-based violence in Tibetan community