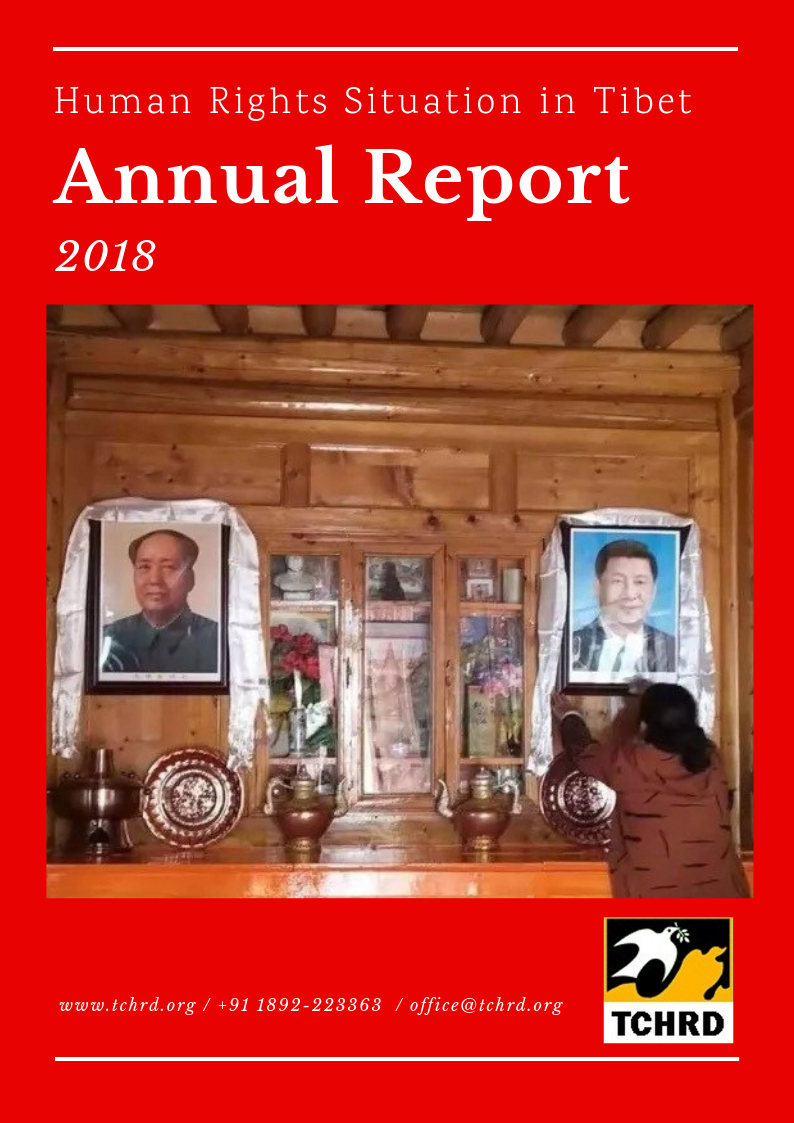 2018 has been a pivotal year for human rights in Tibet and the People’s Republic of China (PRC). The introduction of new policies and regulations has led to an increased restriction on human rights and lives of the Tibetan people. This has resulted in the arbitrary detention and arrest of Tibetans, who have been exercising their rights to peaceful assembly, freedom of movement, religious and culture freedom and their right to an adequate standard of living, among others.

The introduction of a nationwide campaign in January 2018 to eliminate all forms of  ‘organised crime’ and ‘evil forces’ codified long-standing instances of human rights violations in Tibet. Although a campaign of this nature is not new in Tibet, the scope of the activities it publicly criminalises is unprecedented, as it covers activities related to social welfare and Tibetan cultural practices, and other civil society initiatives to improve the lives of ordinary Tibetans. In reality, the so-called ‘war on organised crime’ is being waged to expand and strengthen the Chinese Communist Party influence and networks at lower-level jurisdictions and primarily in rural areas.  As seen in the past, the increased efforts to “strengthen political power at the grassroots level” have led to an unprecedented tightening of control and political repression in Tibetan areas, turning Tibet into a human rights black hole.

Tibetans are subjected to arbitrary arrest and detention with prolonged period of criminal detention, allowing Chinese officials to escalate their unlawful practices by means of violence and torture to obtain forced confessions. Tibetans face obstacles to have access to a fair trial, especially if the charges held against them are of a political nature. Indeed, very few got to exercise this right in formal proceedings.

Tibetans’ inability to travel within and outside of Tibet has been steadily growing. The numerous checkpoints and roadblocks, along with the barriers to obtaining a passport has made it near impossible for Tibetans to travel, with some experts noting that circumambulating around the Potala Palace in Lhasa is now more difficult than getting into an airport.

The right to freedom of religion and belief is targeted by the Party’s two-pronged policy on religion such as ‘adapting religion to socialism with Chinese characteristics’ and ‘sinicising Tibetan Buddhism’. This has led to the enforced enrollment of young Tibetan monks into Chinese government schools and the prevention of Tibetan language workshops to be held in local monastic institutions.

The presence of a healthy environment and an adequate standard of living continue to decline rapidly as Tibetans have been unable to influence policy decisions to diminish the effects of river pollution, grassland degradation and desertification, land tenure security, among others.

The 2018 annual report highlights the continued human rights violations that occur in Tibet on a daily basis, without intervention from the international community. To read the full extent of the PRC’s impact on the Tibetan people in 2018, click on the link.